Visions of narrow cobblestone streets and balconies adorned with colorful pottery draped with luscious greenery, bring Catherine  back to her childhood in Castellammare Del Golfo, Sicily.

The Sicilian culture is rich in history, influence, beauty and passion for love,  something Italians are inherently born with. But beware, if you cross a Sicilian woman, it may be lethal. Such is the story of the classic Sicilian legend known as “Testa Di Moro”, also know as the Sicilian Romeo & Juliet.

The legend of “Testa di Moro” is an extremely cultural part of Sicily and it was a natural choice to present this particular inspiration in a fragrance that exudes love and passion and that can be enjoyed by men and women. There are many versions of this legend but they all start and finish the same. A Moorish man and a “Sicula” (Sicilian woman) that fall madly in love but the man’s tragic end turns into a beautiful art. A “delitto di passione” ( crime of passion ).

During the golden era of then Arab domination of Sicily, young women were not allowed to go out alone  and their balconies were the eyes to the world, they used to take care of their balconies full of plants on a daily basis.

As the legend goes, one day a wealthy young Moorish merchant noticed the young  Sicilian woman and captivated by her rare beauty instantly fell in love and declared his love to her.  Moved by his passion, she reciprocated her love to him.  Soon after she learned that the “Moro” would return to his country where he had a wife and children waiting for him. Blinded by rage and heartache  she waited until nightfall for him to fall asleep to decapitate him so he would never leave her again.  She turned the head into a pot, filled it with dirt and planted basil, where it adorned her balcony.  The pot, “grasta”, grew lush and aroused the envy of the local residents who ordered the same “graste” from the local majolica ceramic workshop.

Today these beautiful, colorful ornamental  vases, worked in ceramics and hand-painted by master craftsmen, are a very auspicious symbol for many Sicilian residences. As you walk thru the streets of many Sicilian towns and cities, in particular Taormina , Caltagirone and Palermo,  you are reminded of the power of Sicilian women.  Balconies, street corners and storefronts are adorned by “Testa Di Moro “ vases or “graste” as they are called in Sicilian dialect.

We have commissioned a young Sicilian artist to create the modern day “Testa di Moro” with our very own “Ciccio and Cicoria”. Our “Testa di Moro”  fragrance diffuser vases can also be used as a flower or  herb vase and much more!  You also find the testa di moro as a handle for one of our ceramic snuffer or attached to the reed diffuser decanter.

Moral of the story, never betray a Sicilian woman!

……..Beyond the thread count! 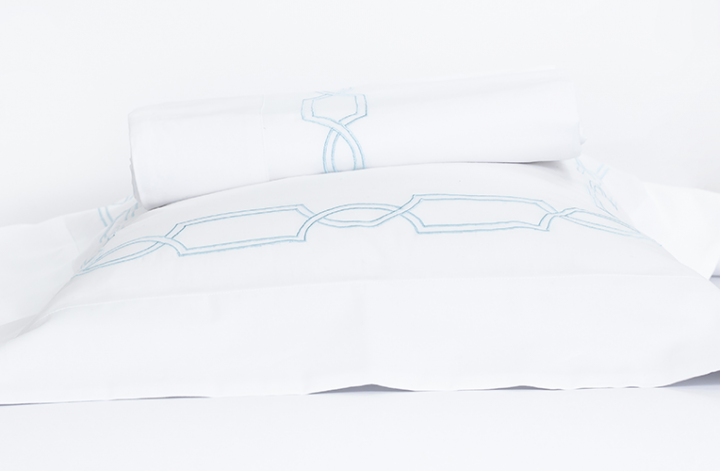 Beyond thread count: 3 Components of a Great Quality Sheet

Which Towel Is Right For You?

Remaining a timeless accent for centuries, the basic white towel and its array of textures and thicknesses is a staple in every home. The more luxurious materials such as fine cotton and linen are worth the investment and with the proper care can withstand decades of use.

Caring for cotton is fairly simple and if done properly can increase the longevity of your towels. To keep your towels in pristine condition, cotton should be washed in a warm water cycle and rinsed in cold water. A small amount of  chlorine bleach can be added in hot water on white towels and then rinsed with cold water if they look a bit dingy.  Fabric softener should be avoided when washing cotton as it tampers with the fabrics natural qualities. Also note the fabrics texture; flat woven cotton requires ironing after each wash where as terry cotton does not.

The timeless elegance and versatility of linen has sparked a renewed interest in the textile industry appearing everywhere from haute couture to home furnishings. Valued for its durable yet delicate nature, linen can withstand generations of use and can easily be restored to its original crisp, sheen with the proper care. To launder linens, soak in cold water and mild detergent for 15 minutes on a delicate cycle; note that chemical bleach will weaken the fabrics fibers and it is not recommended. If your linen items are lacking luster, sun bleaching is a safe alternative that whitens fabrics by hanging them in the sun to dry; the stronger the sun, the greater the bleaching effect.

It is important that linen be stored in a cool, dry place as heat and humidity can cause the fabric to swell and effect its natural resiliency. Linen should never be stored while soiled and to prevent mildew from forming, it is imperative that the fabric be wrapped in acid free paper or muslin.

The care and regular maintenance of any antique or collectible is a direct expression of one’s appreciation for history and value of an item. 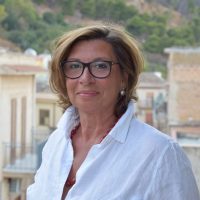 As a child in Italy, Catherine La Marca grew up in a home abundant with rich fabrics and pristine marble floors – all expressions of her mother’s domestic perfectionism. Catherine brings a sense of family, home and timeless European style to all of her clients. Learn more